“There can be no more iconic symbol of the global heritage of mankind than Stonehenge.  We have a duty to safeguard it for future generations.” Dr Kate Fielden, Hon Secretary to the Stonehenge Alliance

We have not one but three days in court

We learned last week that the challenge by Save Stonehenge World Heritage Site Ltd (SSWHS) to Transport Secretary Grant Shapps’ outrageous decision to go ahead with the A303 Stonehenge scheme will be heard in the High Court from Wednesday, 23 to Friday, 25 June.  Thanks to all of you whose generous donations helped  SSWHS take on the Government.   This is our best chance to stop the Stonehenge tunnel and road scheme.  The Department for Transport will defend the  challenge, with Highways England and Historic England as interested parties.

SSWHS is contesting the decision on the following grounds:

Thanks for your fantastic support

Thanks to your generosity we reached the initial target of £50,000 extraordinarily rapidly.  This enabled the legal team to go forward with the preparatory work necessary for the judicial review in time to meet the deadline of 24 December last year.  None of us could have got this far without you.

It is no surprise, however, that a landmark, complex case such as this is going to be more expensive than at first anticipated.  From the outset we knew that the legal opportunity afforded by the planning process might be an expensive journey.

Although the legal team is already working at a heavily discounted rate the three-day hearing requires considerable extra work,  so SSWHS has been asked by CrowdJustice to raise the funding target to £80,000.

With your help SSWHS has successfully negotiated the first hurdle.  Now we need to prepare for the next hurdle: the three days in court.  We urge our supporters to help SSWHS to continue to fight this appalling scheme.

Stonehenge Alliance is firmly committed to do its utmost to support this fight.  We hope you will continue to support the Judicial Review too and donate if you can.

⁩The scheme’s benefits “would not outweigh the harm arising from the excavation of a deep, wide cutting and other engineering works, within the WHS and its setting, of a scale unseen in this unique ‘landscape without parallel’.” ⁦⁩ Examining Authority for the Planning Inspectorate that advised the Transport Secretary against approval of the scheme. 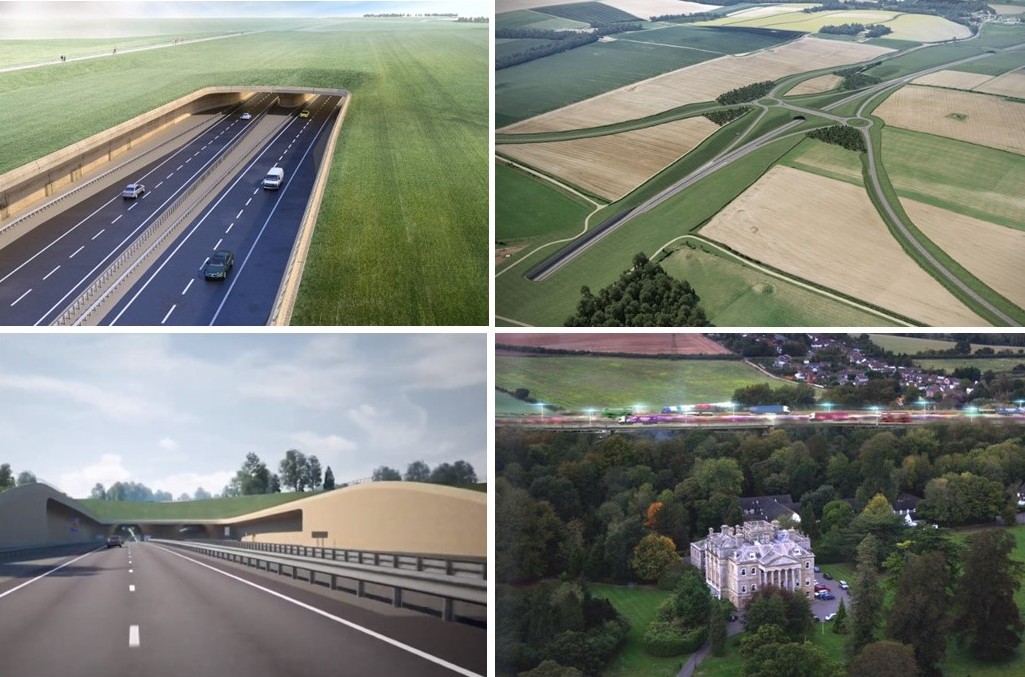 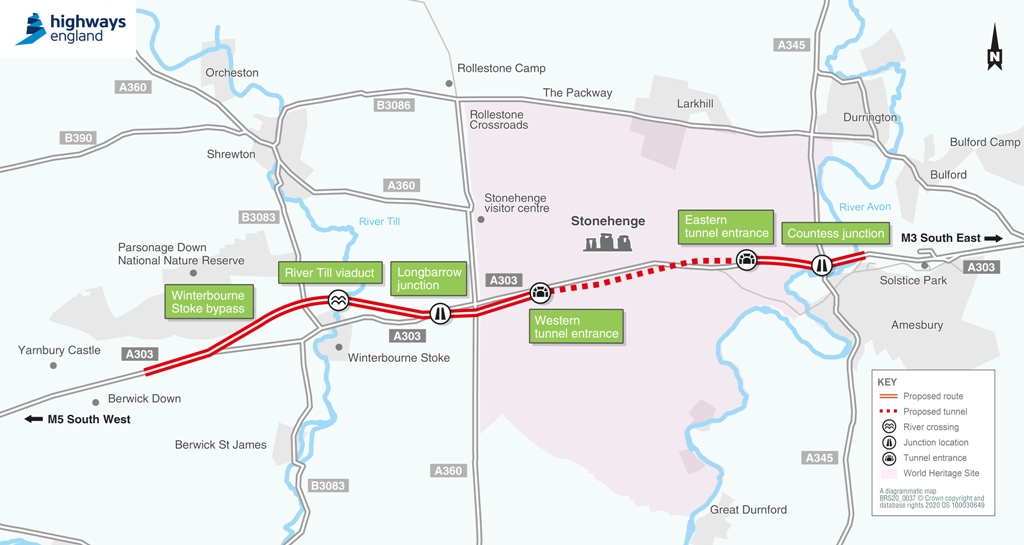 Diagrammatic map showing the proposed scheme.  Not shown in Highways England’s plan above are the scheduled monuments in the World Heritage Site which are shown in our map here.

CrowdJustice update – Our date in the high court

Construction News – Stonehenge tunnel decision to be challenged in court