What is a UNESCO World Heritage Site?

“World Heritage is our legacy from the past, what we live with today, and what we pass on to future generations. What makes the concept of World Heritage exceptional is its universal application. World Heritage Sites belong to all the peoples of the world, irrespective of the territory on which they are located.” 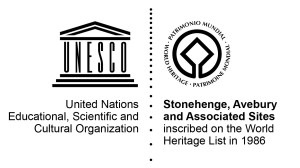 In 1986, Stonehenge was designated by UNESCO, together with Avebury and Associated Sites such as Silbury and West Kennet Long Barrow known as the “Stonehenge, Avebury and Associated Sites World Heritage Site”. The description of the World Heritage Site (WHS) includes a Statement of Outstanding Universal Value (OUV) which explains why the WHS is considered to be of such importance to mankind.

The UK Government is signatory to the 1972 World Heritage Convention. Article 4 of the Convention states that:

“Each State Party to this Convention recognizes that the duty of ensuring the identification, protection, conservation, presentation and transmission to future generations of the cultural and natural heritage referred to in Articles 1 and 2 and situated on its territory, belongs primarily to that State. It will do all it can to this end, to the utmost of its own resources and, where appropriate, with any international assistance and co-operation, in particular, financial, artistic, scientific and technical, which it may be able to obtain.”

UNESCO requires State Parties to the Convention to produce management plans for their WHSs. Until 2015, Stonehenge and Avebury had separate management plans but a joint management plan for the whole WHS has been published. The new Management Plan includes a set of maps showing different aspects and characteristics of the WHS.

You can email UNESCO today to lend support to its advice that the Government should explore options for a widened A303 that would not cause further damage to Stonehenge World Heritage Site.

The postponed and extended 44th session of the World Heritage Committee was held from 16 to 31 July. The Committee maintained its position concerning the A303 Stonehenge scheme and confirmed, in its Decision of 22 July that, should the High Court allow the scheme to proceed and it is not modified, consideration would be given to placing Stonehenge, Avebury and Associated Sites World Heritage Site on the List of World Heritage Sites In Danger at its next meeting in 2022.

The 44th session of the World Heritage Committee, initially scheduled for 29 June/9 July 2020 was postponed due to the pandemic.  It was agreed that an extended session would be held in June/July 2021.

The Decision was adopted unchanged by the World Heritage Committee, which states that the Committee:

“Notes with concern that although the current scheme, which is now subject to the Development Consent Order (DCO) examination process, shows improvement compared with previous plans, it retains substantial exposed dual carriageway sections, particularly those at the western end of the property, which would impact adversely on the Outstanding Universal Value (OUV) of the property, especially its integrity, and therefore encourages the State Party to not proceed with the A303 route upgrade for the section Amesbury to Berwick Down in its current form”. 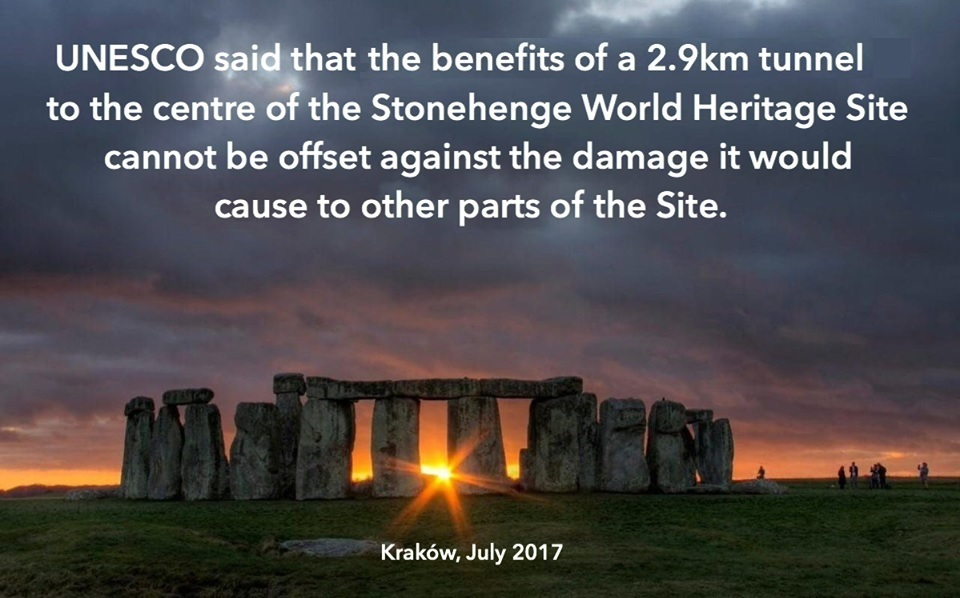 The wording on this image has been taken from the Report of UNESCO’s World Heritage Centre and advisory bodies to the WHCommittee in 2017 (Krakow). See https://whc.unesco.org/en/soc/3652/. 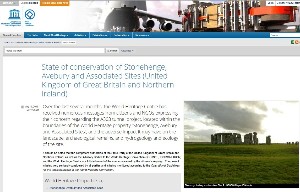