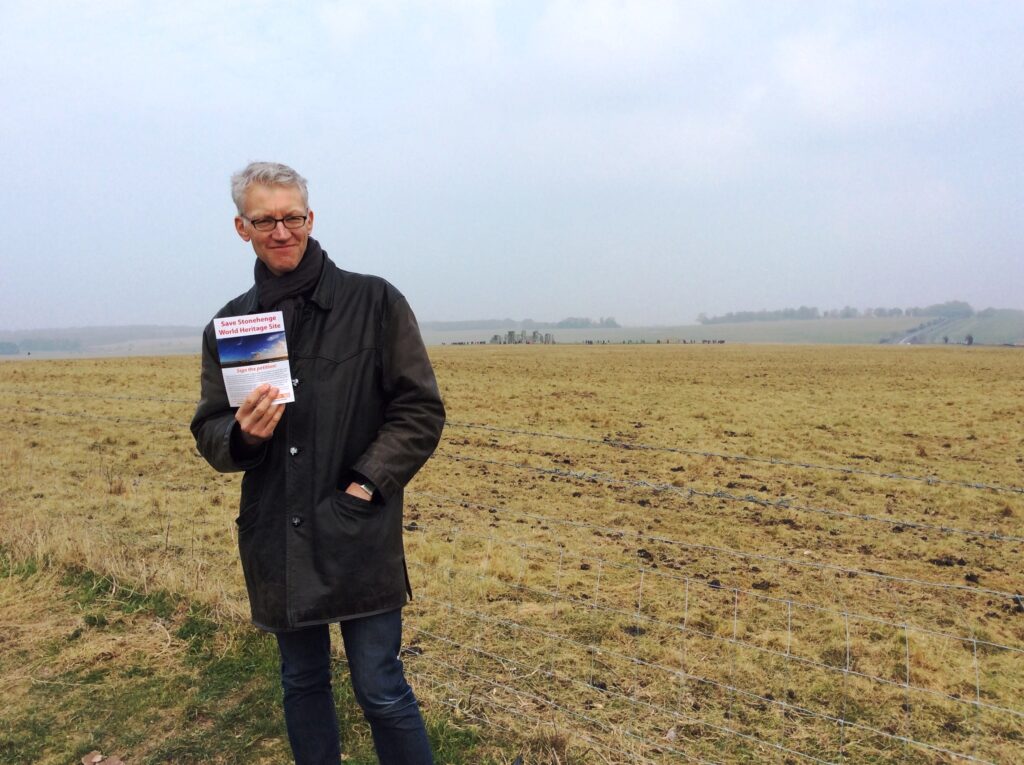 The Stonehenge Alliance deeply regrets the decision by Grant Shapps to give permission for the
A303 Stonehenge Tunnel scheme.

The decision by Transport Secretary Grant Shapps to drive a chasm through Stonehenge World Heritage Site will send shock waves around the world, not least because the independent Examining Authority recommended it be refused permission. The decision goes against the advice of UNESCO’s World Heritage Committee, it will undermine the UK’s legal commitment to address Climate Change and is contrary to the advice of many experienced archaeologists.

“This is a shocking and shameful decision. A supposedly Conservative government, advised by the Planning Inspectorate to cancel the scheme, has decided instead – at a time when COVID has already blown its budgeting to pieces – to proceed with a £2 billion white elephant. The decision to inject a great gash of concrete and tarmac into Britain’s most precious prehistoric landscape is one that ranks simultaneously as spendthrift and sacrilegious. We shall continue to oppose it as vigorously as we can.“

The Alliance is taking legal advice and will carefully consider its next steps.

This campaign is not over

We shall continue with our campaign and the petition carries on in the hope that there may still be time in which to change that decision.

The petition tally currently stands at:

* The total will include some duplication.

Thank you so much for all your support.

Notes
1. The Stonehenge Alliance supporter-organisations are: Ancient Sacred Landscape Network;
Campaign to Protect Rural England; Friends of the Earth; Rescue, the British Archaeological Trust;
and Transport Action Network.
2. The Transport Secretary’s decision and supporting documents can be found on the Planning Inspectorate website
3. UNESCO World Heritage Committee Decision 2019
4. The Stonehenge Alliance’s Summary of Case at the 2019 Examination into the road scheme can
be accessed via the National Infrastructure Planning website