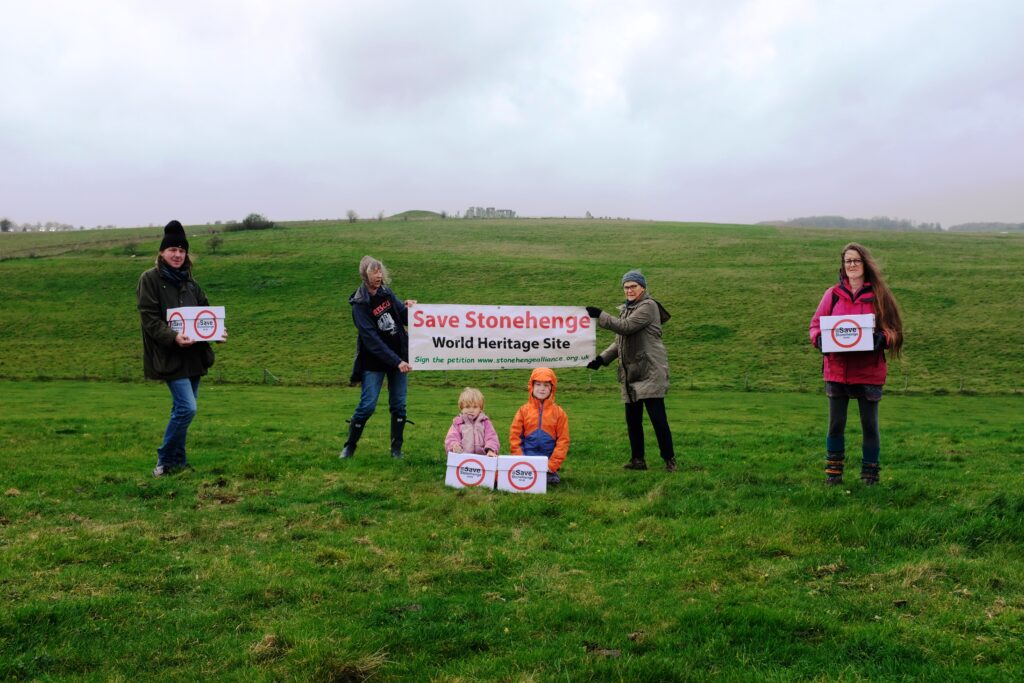 Read our letter on behalf of Stonehenge Alliance signatories to the Transport Secretary and the Culture Secretary, copied to the Chancellor of the Exchequer and the Prime Minister.

Our letter is hyperlinked to the petition to ensure that the total signatories is up to date when the decision is made, due on 13 November.  Petition is here.

In advance of a decision on the Stonehenge tunnel scheme, expected on Friday 13 November, Ministers have been informed that the number of signatures to the Alliance’s petition is close to 150,000 [2].  The petition, addressed to the Secretaries of State for Transport and Digital, Culture, Media and Sport, asks for no further damage to be done to the surroundings of the famous Stones.

Some 50,000 petition signatures were presented to Ministers last February. The huge increase since then follows an important new find of massive pits around Durrington Walls.[3] It also represents many thousands wanting to safeguard our heritage for future generations. They urge the UK Government not to vandalise the Stonehenge landscape with dual carriageway cuttings, tunnel portals and highway interchanges – all part of the A303 Stonehenge road widening scheme.

Signatories come from 147 countries including the UK, underlining the international concern expressed by UNESCO’s World Heritage Committee which opposes the road in its current form.[4]

Expert evidence on behalf of the Alliance presented to the formal Examination of the road scheme in 2019 reveals, in addition to its adverse impacts on the heritage, the scheme’s poor value for money and disregard for climate change.[5]

Even at the best of times, blowing £2 billion on a white elephant of a tunnel that will       desecrate a World Heritage Site while doing very little to speed up traffic along the A303  might have seemed sub-optimal. Now, in the context of all the eye-watering sums that the Government has been spending this year, it would be insanity. I pray, for the sake of the    public purse as well as for Britain’s most precious prehistoric landscape, that they see sense.

This is Britain’s greatest historical landscape. The whole point should be to preserve an  enhance our understanding and enjoyment of this wonderful place. That goal cannot be  driven by arguments over traffic flow. Especially now. Think again!

Kate Freeman, for Friends of the Earth South West says:

The impact on the iconic Stonehenge landscape – and on climate – of building this          road would be disastrous. Future generations would be appalled at the way we had     squandered their heritage and environment. At a time of climate crisis, expressways           like this are not something ministers should be considering