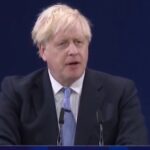 The Stonehenge Alliance has written an open letter to the Prime Minister, asking for dualling of the A303 through Stonehenge World Heritage Site (WHS) to be abandoned. This follows the Government’s decision not to appeal against the High Court judgment quashing development consent for the scheme.

The letter highlights that the world has changed since the project was first conceived.  UNESCO, which has consistently expressed its concern with National Highways’ (formerly Highways England) proposals for the road, warned in July after the Transport Secretary had approved the scheme that the WHS could be placed on the World Heritage in Danger List if the scheme went ahead unaltered. This came after the five senior planning inspectors who examined the scheme in 2019 recommended it be refused. Past Transport Ministers, both Conservative and Labour, also came out against the scheme. Even Grant Shapps accepted it would cause significant harm.

The letter also highlights the feeble economic case for the road, its huge price tag, and the large amount of carbon emissions it would generate. All good reasons not to proceed.

The Alliance is suggesting a new approach. Instead of rehashing the same damaging scheme, it is asking the Government to think again. It wants to see a full and open assessment of alternatives to the road, thoroughly explored in the context of safeguarding and enhancing the WHS, reducing road traffic and road emissions, and providing real alternatives to the car.

The climate is changing – both literally and towards this highly damaging road scheme. We need a new approach that improves people’s access to the South West without damaging the WHS or increasing carbon emissions. We need to give people real choice and that means investing in a better and fully integrated public transport network and other measures.

Building a bigger road will just create more traffic and more congestion problems in Devon and Cornwall. Now is the time to seize the moment to forge a new path for transport and heritage policy in the UK.

The Department for Transport responded on 20 October 2021 and included inter alia the following statement:

Protecting the heritage and archaeology of the site is a first order priority for Government and National Highways. We will continue to work closely with UNESCO, ICOMOS and the
heritage and scientific community on next steps and look forward to preparing a State of Conservation report for submission to UNESCO by February 2022.

Open letter from The Stonehenge Alliance

Also sent by email on 14 September 2021 to boris.johnson.mp@parliament.uk

A303 Amesbury to Berwick Down: AN OPEN LETTER

Following a successful legal challenge and quashing of the A303 Stonehenge Development Consent Order (DCO), we understand that the Transport Secretary must redetermine the application.  However, strong reasons have arisen, since the announcement of RIS2 and its funding, to abandon the road scheme and for less damaging and more sustainable solutions to be brought forward, especially at a time when public expenses are overstretched.

Harm to the UNESCO World Heritage Site (WHS). The scheme was announced in 2014 and its
funding allocated prior to knowledge of the harm it would cause. Since then, three World Heritage
Centre and ICOMOS advisory missions have advised less damaging options be explored. The 2021
World Heritage Committee warned the WHS might be considered for placing on the World Heritage in Danger List, should the scheme proceed unaltered.

Finding of harm by five senior Planning Inspectors. The examiners of the scheme in 2019
recommended against it, owing to the adverse impacts it would have on the WHS and its
Outstanding Universal Value (OUV), notably where the western tunnel entrances would emerge in a deep cutting leading to a major interchange at the WHS boundary. They concluded that
“. . . the effects of the Proposed Development on WHS OUV and the historic environment as a
whole would be significantly adverse. Irreversible harm would occur, affecting the criteria for
which the Stonehenge, Avebury and Associated World Heritage Site was inscribed on the
World Heritage List.” (Report, para. 5.7.326) [Notes 3 and 4]

It was confirmed in the High Court that the Transport Secretary found the scheme would cause significant harm to the WHS: to attributes of its OUV and its authenticity and integrity; even so, he continues to promote it. The support for the scheme of Historic England, English Heritage and the National Trust, on which he relies, may partly arise from their managerial responsibilities which would be made easier were the project to go ahead but do not accord with their conservation and protection responsibilities.

The poor economic case. The Department for Transport considered the scheme to be low value for money in 2019 and the National Audit Office and Public Accounts Committee have cast serious doubts on the Scheme’s value. Even then, the scheme’s low value was only achieved when dubious “heritage benefits” were included, making up around 75% of its economic value.[Notes 5 and 6] Since then, the Examiners, UNESCO and the Transport Secretary have all acknowledged significant heritage harm.  Now estimated to cost in the region of £2bn, with c.£7m p.a. maintenance costs, the scheme does not stand up in terms of value for money.

Climate Emergency. The Government needs to ensure cuts in carbon emissions, of which transport is the highest emitting sector. The recent IPCC Working Group’s report [Note 7] highlights the need for urgency. Action to reduce road building and regulate for reduction in private car use would be a positive contribution to COP26. Dualling the London to Exeter rail line would assist in the ‘levelling up’ of poorly connected regional centres.

The Transport Secretary intends to revise the National Policy Statement on National Networks to
include matters on climate change: the responsible approach would be to delay all RIS2 projects
until this revision has been undertaken.

Public opinion. Our petition to the Transport and Digital, Culture, Media and Sport Secretaries
asking for the A303 scheme to be reconsidered now has well over 200,000 signatures, reflecting
international concern about the threat to the WHS. [Note 8] The legal challenge to the Transport
Secretary’s decision to grant the DCO was funded by more than 3,000 individuals – a significant
indication of the strength of public feeling – with responses overwhelmingly against the scheme
from the consultation stages.

We understand your aim for renewal of economic growth after Covid 19 and that you may see
expenditure on infrastructure schemes as one way forward. We do urge you, however, to reconsider Government support for the A303 Stonehenge scheme which has serious implications for the UK in terms of: expenditure and poor economic return; climate change and addressing carbon emissions; and the credibility of our leading heritage organisations’ advice on heritage protection. Our country’s international reputation for responsible care of its World Heritage Sites and addressing climate change are gravely imperilled.

We hope that you will assure us that the A303 Stonehenge scheme will be abandoned and that less damaging and more appropriate options will be sought in view of the significant and unforeseen changes that have arisen since the scheme was first announced.

Reply from Department for Transport

Thank you for your open letter of 14 September regarding the A303 Amesbury to Berwick Down scheme, to which the Secretary of State for Transport was copied. The Secretary of State receives extremely high volumes of correspondence every day and is unable to respond to each
individually. Your enquiry has been passed to the Correspondence Team, Roads and Projects Infrastructure Delivery Directorate for a response.

The Roads Investment Strategy 2 (RIS2) published in March 2020 reflects this Government’s commitment to upgrading the A303/A358 corridor as a priority for improving connections between the South-West and London and the South-East. Upgrading the corridor is a part of a long-term aim to improve inter and intra-regional connectivity, by providing a second reliable
high-performing road connection between the South-West and the South East, in addition to the M4/M5. The A303 Amesbury to Berwick Down (Stonehenge) scheme is a key component of the corridor.

Following an Order of the High Court made on 30 July 2021, the Secretary of State’s decision dated 12 November 2020 to grant development consent for the application by Highways England (now National Highways) for the proposed A303 Amesbury to Berwick Down (Stonehenge) scheme has been quashed. The Secretary of State has decided to re-determine that
application.

Further details on the re-determination process for the scheme will be published on the National Infrastructure Planning page; https://infrastructure.planninginspectorate.gov.uk/projects/southwest/a303-stonehenge/) in due course.

As a live planning case, it would not be appropriate for the Department to comment further on the re-determination process at this time.

Your letter makes reference to the recent UNESCO World Heritage Committee (WHC) meeting. We welcome the confirmation, in July of this year, that the WHC does not recommend that Stonehenge is added to the list of World Heritage in Danger at this time. Protecting the heritage and archaeology of the site is a first order priority for Government and National Highways. We will continue to work closely with UNESCO, ICOMOS and the heritage and scientific community on next steps and look forward to preparing a State of Conservation report for submission to UNESCO by February 2022.

Decarbonising transport is a priority for the DfT, which is why our Transport Decarbonisation Plan, published in July 2021 – the first such plan in the world – has set transport on the path to net zero by 2050. It is clear that, in any scenario, the majority of longer journeys – passenger and freight – will continue to be made by road and for this reason investment in maintaining
and upgrading the strategic road network (SRN) remains of vital importance. In contrast, short journeys of under two miles are usually made on local roads and for these we want to make public transport, walking or cycling people’s preferred choice.

National Highways’ Net Zero Highways Plan (also published in July) sets out how it will make the operation, maintenance and enhancement of our strategic roads net zero alongside delivering the second Road Investment Strategy (RIS2) and the benefits this will bring for road users and places along the network.

Your letter refers to the Government’s intention to revise the National Networks National Policy Statement (NNNPS). We will complete the review of the NNNPS by no later than Spring 2023. This will consider new travel patterns and changes to forecasts of future transport demand, as well as the effects of significant new policy including our net zero commitment and the setting of the sixth carbon budget, and the new policy framework for stable road emissions in the medium term contained in the Transport Decarbonisation Plan.

Finally, regarding your suggestion of dualling the remaining single track sections of the London to Exeter railway line, we are pleased to advise you that Network Rail has identified proposals to improve the service performance on the West of England Line between Salisbury and Exeter including a new passing track in the Whimple/Cranbrook area and an additional platform at
Cranbrook which could improve performance, capacity and diversionary capability. The proposals are currently being assessed as part of wider value for money considerations. The West of England Continuous Modular Strategic Planning report has been published and is available online at https://www.networkrail.co.uk/wp-content/uploads/2020/07/West-of-EnglandStudy-Continuous-Modular-Strategic-Planning.pdf.

Thank you for taking the time to write in with your concerns.