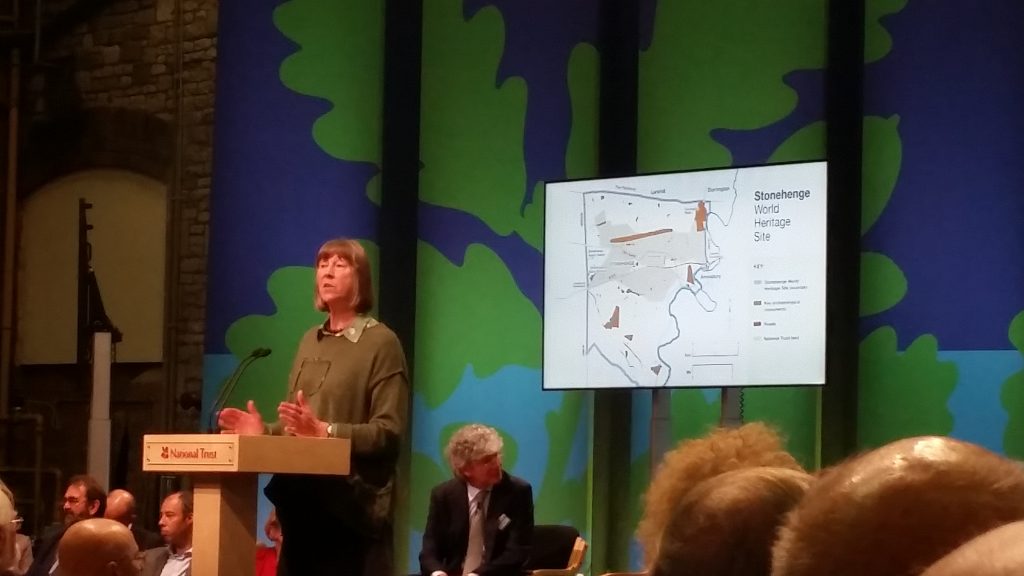 Proposer, Dr Kate Fielden, asks the Trust to stick to its founding principles and think very carefully before lending its name to a road scheme that will irrevocably damage a World Heritage Site.

The members’ motion asked the Trustees to reaffirm its founding purposes to protect special places; to respect World Heritage Convention obligations and to acknowledge that any scheme that involves surface engineering across any part of the WHS will damage the WHS, in the Trust’s own phrase “For Ever”.

Members voted by a fairly narrow margin to maintain the Trust’s support for Highways England’s preferred route: a short tunnel past the Stones with about a mile of new dual carriageway through the World Heritage Site. 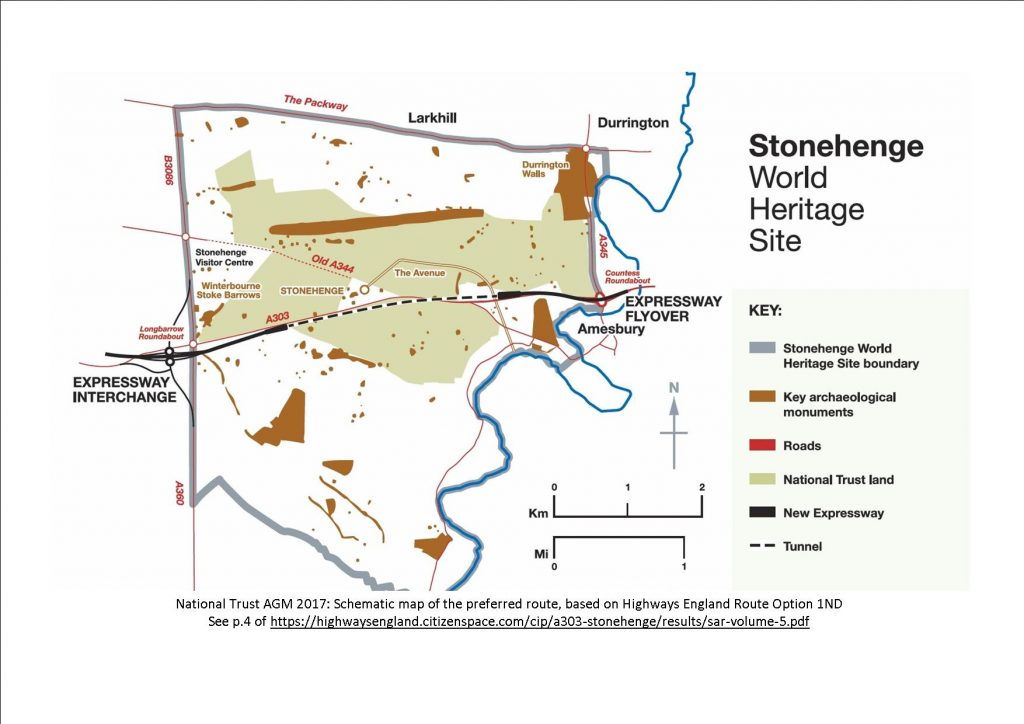 Map showing Government’s preferred route for the new A303 Expressway through the World Heritage Site (WHS), including a 2.9km tunnel. Land owned by the National Trust within the WHS is coloured green. Many monuments (shown in brown) are on land south of the A303 managed by farmers and a nature reserve for statutorily protected birds.

While the Trust won the vote, it wasn’t by a convincing margin. Over 42% of those who voted (excluding abstentions) wanted the Trust to review its position.  If the 11,089 abstentions were included, fewer than 50% were against the Resolution. This must give the Trust pause for thought.

You can view the results of the voting papers submitted by 1.3% of  the Trust’s five million members that participated here.

The votes cast against the motion by the Chairman as proxy ensured the motion was lost.  Members  had not been made aware in the Trust’s written response to the motion that UNESCO’s World Heritage Committee had urged the Government to look at further options for widening the A303  “with a view to avoiding impacts on the OUV [outstanding universal value] of the property”, including a bypass and “longer tunnel options to remove dual carriageway cuttings from the property”.

Worryingly, Highways England is ploughing on regardless, ignoring the advice of UNESCO

Click on image to view the 46 minute debate. 11 clips and highlights posted below. 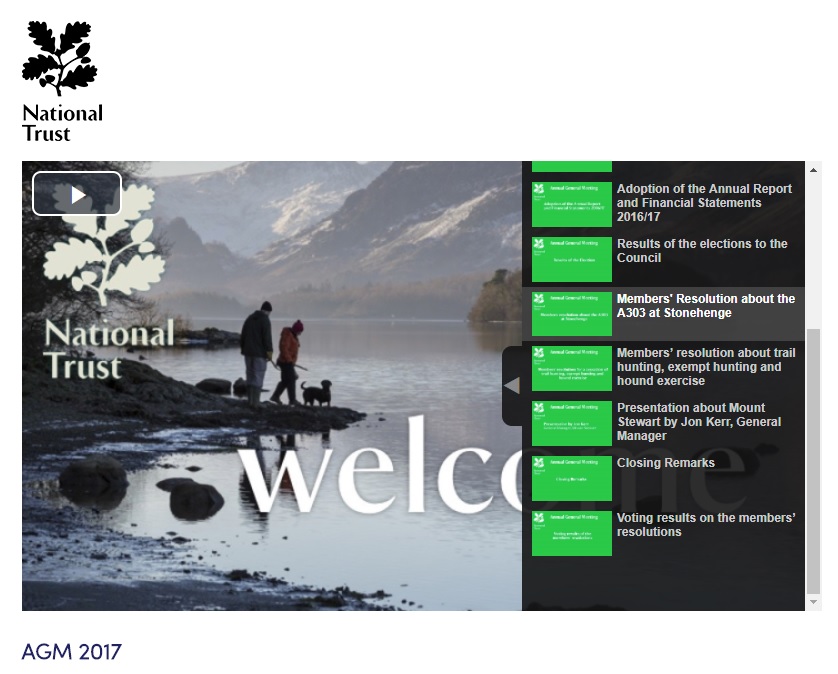 Tom Oliver quotes from the National Trust’s own guidance

A young resident speaks up for the next generation

Ian Wilson, Assistant Director responsible for the A303 Stonehenge scheme, replies on behalf of the National Trust