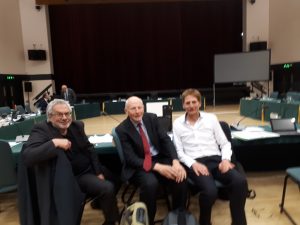 The Infrastructure Planning Inspectorate’s Examination of the Development Consent Order application for widening the A303 through Stonehenge WHS has now closed.

Since April, the Alliance’s attention has been focused 100% on scrutinising documents, writing objections, commissioning specialists and co-ordinating our case against the road scheme.  We worked alongside superb objecting colleagues hoping to defeat a shocking  proposal that many thousands have objected to.

Throughout the examination period we unfortunately did not have the capacity to keep all our followers up to date with progress reports.  Only those who could follow our brief commentary on social media were kept abreast of progress. 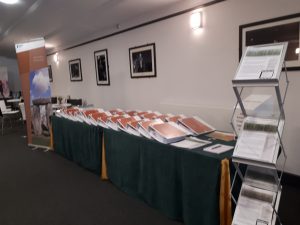 Despite our request for it, Examination hearings were not live streamed.  The Planning Inspectorate published daily recordings several days after the hearings, and there is no visual means of finding a clip.

As a result the  Interested Parties and thousands of objectors could not follow events in real time. They could  only  grapple with the labyrinthine documentation in the  Inspectorate’s burgeoning library or attend in person in Salisbury.  Thus, the highly complex Examination process involving one of the world’s most famous prehistoric landscapes under threat of major permanent  damage could not be properly scrutinised by the rest of the world.

We are very grateful for the many generous donations from our supporters without whose help we would have been unable to pay for specialist and legal advice. 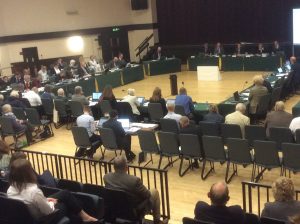 Examining Authority listen to objections and rebuttals in the City Hall, Salisbury.

Over the next 3 months the Examining Authority will write up their findings and make a recommendation to the Secretary of State for Transport who will have a further 3 months in which to make a decision  – around March 2020 at the latest.

We believe our case and that of other objectors is  compelling.  If the wrong decision is made, we may consider issuing a legal challenge.

Our public statement is reproduced below with a link to a summary of our case.

Fate of Stonehenge World Heritage Site in the balance!

The formal examination of the A303 Stonehenge Scheme ends today. A panel of five Planning Inspectors, known as the Examining Authority, has held eleven public hearings on different aspects of the Scheme and accepted numerous written representations from objectors and supporters.[1] Over the next 3 months the panel  will write up its findings and make a recommendation to the Secretary of State for Transport who will have a further 3 months in which to make a final decision on the Scheme.

Leading experts in the archaeology of Stonehenge, supported by the International Council on Monuments and Sites (ICOMOS-UK) and the Council for British Archaeology, brought evidence to the Examination to show that the Scheme would permanently damage Stonehenge’s surrounding archaeological landscape. Specialists for the Stonehenge Alliance gave compelling reasons for rejecting the Scheme outright, covering such subjects as ecology, geology, transportation, value for money and climate change. [2]

The proposals for the A303 at Stonehenge would involve extensive road cuttings, gouged through the chalk to accommodate new dual carriageways.  The twin portals of a c.3km road tunnel would be located well within the WHS. There would be massive junctions at the WHS boundaries. To the east, a flyover would descend over the renowned Mesolithic site of Blick Mead.  To the west, a major interchange would be constructed close to one of the most important groups of upstanding prehistoric burials in the UK.

Historic England, English Heritage, Wiltshire Council and the National Trust continue to support Highways England’s claim that the Scheme would help to protect the World Heritage Site (WHS) and its outstanding universal value (OUV) in opposition to UNESCO’s World Heritage Committee which says the Scheme should not go ahead as it stands.

However well-designed, the devastating impact of the road engineering would scar this iconic landscape for ever.

“The A303 Scheme not only poses a severe threat to the WHS but also to our heritage generally in the UK, since those whose responsibility is to care for such places are prepared to allow destruction of a World-famous landscape. We must hope that the Examining Authority will not recommend approval of the Scheme.”

[1] The documentation submitted to the Examination can be seen on the Infrastructure Planning Inspectorate’s website here.

[2] For a summary of the different aspects of the Stonehenge Alliance’s case against the A303 Scheme, please see here.

*The Stonehenge Alliance is supported by: Ancient Sacred Landscape Network; Campaign for Better Transport; Campaign to Protect Rural England; Friends of the Earth; and RESCUE: The British Archaeological Trust