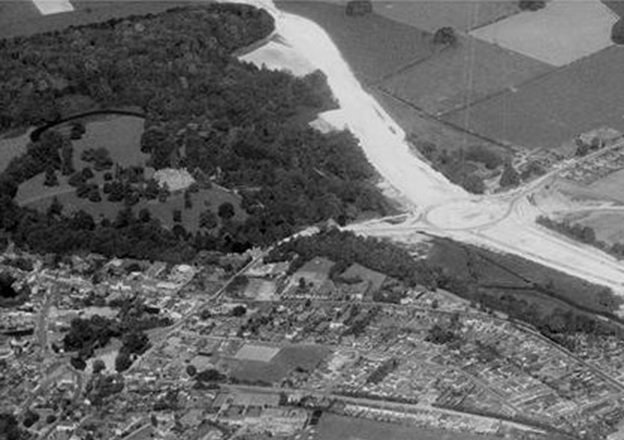 A303 Amesbury bypass and Countess Roundabout construction in 1968 on the eastern boundary of the Stonehenge World Heritage Site.

The future of the Stonehenge Tunnel scheme planned to gouge its way through the World Heritage Site hangs in the balance.

The Examining Authority sent its report and recommendations on the scheme to the Secretary of State for Transport last month for a decision on or around 2nd April.  That decision is further complicated by financial strictures. The Prime Minister has asked each Government department to sacrifice some “sacred cows” in time for the Chancellor’s budget announcement in March. We have learnt that Chancellor Sajid Javid believes the Stonehenge Tunnel scheme represents poor value for money. Secretary of State for Transport Grant Shapps, however, is enamoured of ‘extraordinary infrastructure’ and appears to be in favour of the scheme.

Stonehenge Alliance sent an open letter to Grant Shapps asking him to axe the A303 Stonehenge Expressway Scheme.

Tom Holland, Stonehenge Alliance President, asks a leading question: “How can a Conservative government even contemplate the desecration of our most precious prehistoric landscape? The Stonehenge tunnel, if it goes ahead, will shame our country!”

The blog below is a round up of issues surrounding the scheme written by www.StonehengeNews, published here with their permission.

What are the issues surrounding the proposed Stonehenge Tunnel?

The Stonehenge tunnel is a proposed tunnel or sunken dual carriageway drawn up by Highways England to upgrade the A303 road, which currently passes within 165 meters of Stonehenge. Beginning with the closure of the A344 road, the Stonehenge tunnel would complete the removal of traffic from around the site by redirecting the A303 under Stonehenge. The project aims on one hand to improve the landscape around the monument, freeing tourists from traffic that detracts from the ancient wonder of the site and on the other improving the safety on the A303, resulting in smoother travel for anyone travelling to and from the south-west of England. 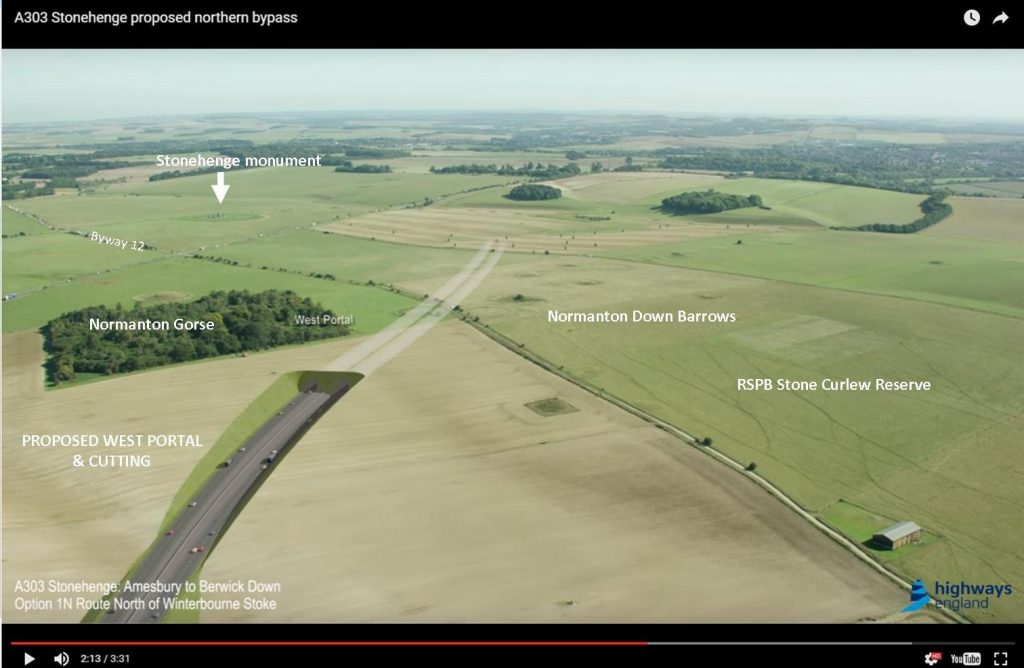 Still from video mock up by Highways England for public consultation in 2018. Location labels have been added by The Stonehenge Alliance.

The proposed tunnel already has a long history of both bureaucratic and archaeological issues. Way back in 1995 was the first time it was proposed to build a tunnel for the A303 underneath the World Heritage Site. However, it did not take long for plans to be criticised for seemingly disregarding the archaeological significance of the Wessex landscape. It was suggested that the tunnel approach would cut in to a prehistoric track way between Stonehenge and a nearby river, resulting in the loss of archaeological remains which would harmfully affect the authenticity of the site and more than cancel out the benefits of the proposed tunnel. After years of bureaucratic wrangling the proposal was finally accepted by the Government on 12 January 2017. Today, the tunnel remains mired in controversy and the arguments against it haven’t changed much since the idea’s inception in 1995. The main issues with the proposal seem to be its staunch opposition from several parties, the complexity of the job and its price.

The staunchest opposition to the tunnel is represented by the Stonehenge Alliance campaign group ‘a group of non-governmental organisations and individuals that seeks enhancements to the Stonehenge World Heritage Site’. This group includes environmentalists, archaeologists, residents and have recently repeated their belief that the proposed tunnel “would cause irreparable damage to the landscape”. They believe that the world heritage site of Stonehenge should be considered far wider than the barrow on which the stones stand:

The whole site, extending to beyond the horizons around the famous stones themselves, is c. 5.4 km across. All of it makes up a “huge ancient complex” that holds many secrets yet to be discovered. Yet the proposal is for a 2.9km (1.8 mile) tunnel… would result in at least 1.6 km of above-ground 21st-century road engineering…

All archaeology in the construction zones would be destroyed and the A303 would become the largest ever human intervention in an area fashioned and revered by over a hundred generations of our ancestors.

In 2018 Highways England proposed a cost of £1.6 billion and a planned start date in 2021 was indicated with the tunnel’s planned opening being in 2026. Unsurprisingly, this cost has created yet more opposition in both the commons and amongst the general public especially since the project was due to be privately funded, but now will be funded publicly since the government dismissed a ‘PFI financing model’ in the 2018 Budget.

To protect the landscape, the plans are ambitiously complex. Not only is the job of sinking a dual carriageway a complex starting point but the project also proposes:

Adding a bureaucratic layer to the complexity is the fact that  all UK tier 1 contractors have refused to bid the job believing the current approach to be too complex with its shallow tunnel, complex geology, rabid opposition,  and huge public scrutiny because of both the cost and the environmental concerns.

Of course, all these issues are interlinked. The complexity of the job is a demanded by the opposition to protect the natural beauty of the area, but the complexity pushes up the price and then the price creates yet more opposition. It seems to be a vicious cycle. When it comes to the initiation and completion of this project there doesn’t seem to be much light at the end of the tunnel. 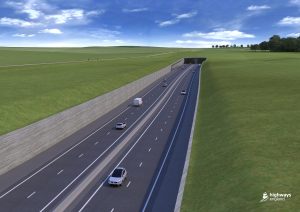 When it comes to the initiation and completion of this project there doesn’t seem to be much light at the end of the tunnel.

The Knotty Problem of the A303 and Stonehenge. Stonehenge News Blog

Stonehenge Alliance calls for A303 tunnel to be scrapped in open letter to government. Salisbury Journal

Reuniting the Stonehenge landscape and improving your journey. English Highways

Stonehenge and the A303 Joint Response. English Heritage

A group of non-governmental organisations and individuals that seeks enhancements to the Stonehenge World Heritage Site. The Stonehenge Alliance

Stonehenge tunnel ‘at risk’ due to funding uncertainty. Construction News