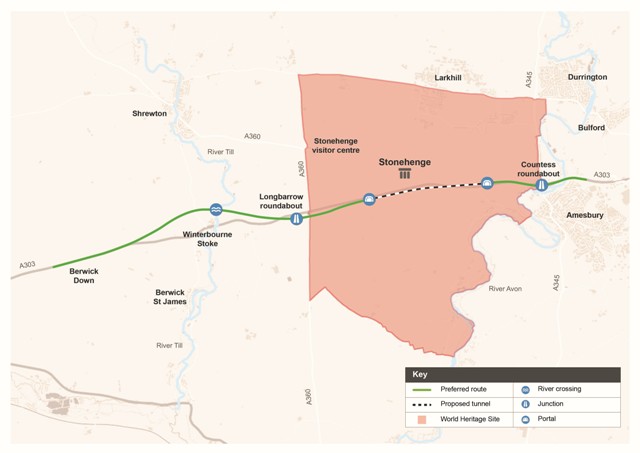 Government’s preferred route approximately follows the existing A303 then bypasses Winterbourne Stoke to the north. Tunnel portals and cuttings well within the World Heritage Site.

The proposed scheme, at huge expense (£1.6bn), an increase of a further £200m, would cause severe and permanent damage to the archaeological landscape of the World Heritage Site (WHS) in direct conflict with international advice to the UK Government earlier this year. [2] 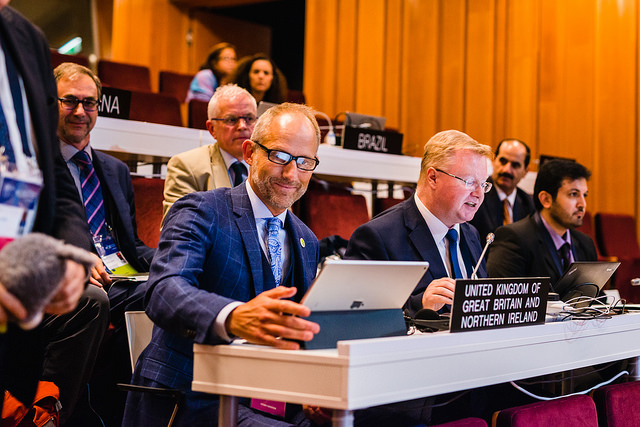 “It is not considered satisfactory to suggest that the benefits from a 2.9km tunnel to the centre of the property can offset significant damage from lengths of four lane approach roads in cuttings elsewhere in the property.”

The proposed c.2.9km (1.8 miles) tunnel would leave some c.2.5km (c 1.6 miles)  of four-lane expressway, substantially in cuttings, well within the WHS. There are very serious implications for the Mesolithic site of Blick Mead, as well as a number of sites of the Neolithic and Bronze Ages for which the WHS designation was given.

Kate Fielden of CPRE and RESCUE, speaking for the Alliance, said:

“We are shocked at Highways England’s indifference to UNESCO’s advice. The project needs a complete re-think, not a minor tweak which still threatens major harm to this iconic landscape. The potential risk of loss, along with Avebury, of Stonehenge’s World Heritage Status casts shame upon our country and those responsible for caring for our heritage.”

(1). The Stonehenge Alliance is supported by Ancient Sacred Landscape Network, Campaign for Better Transport, Campaign to Protect Rural England, Friends of the Earth, and RESCUE: The British Archaeological Trust. 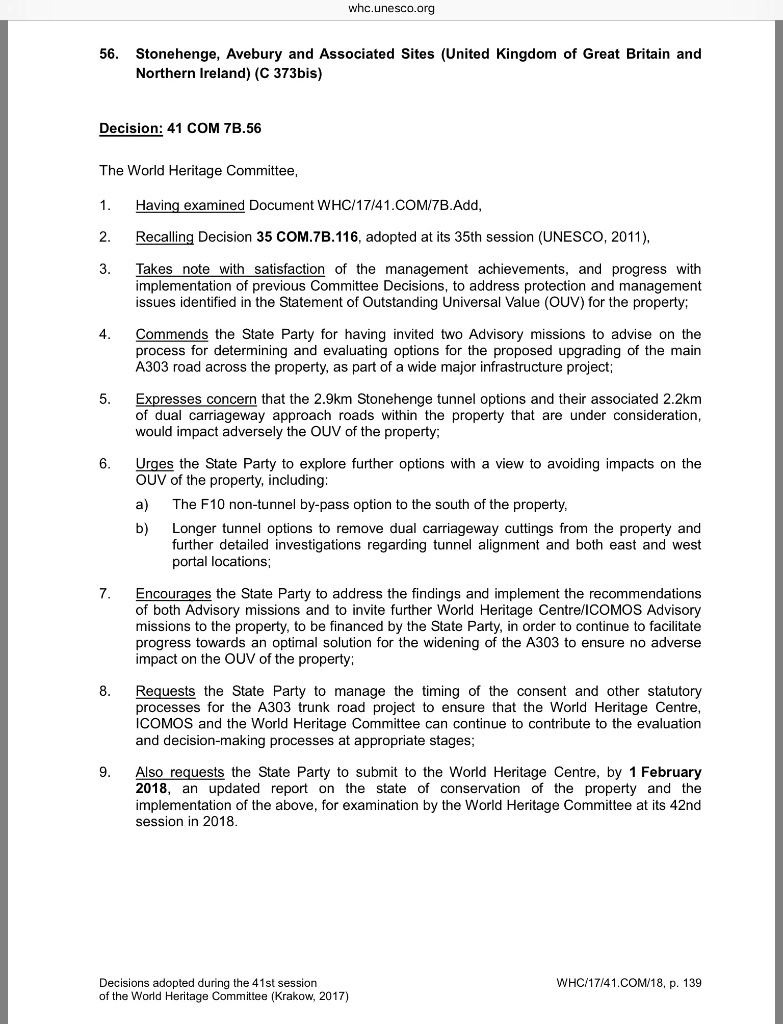