George McDonic, Stonehenge Alliance Chairman, writes about the current situation concerning the A303 and Stonehenge 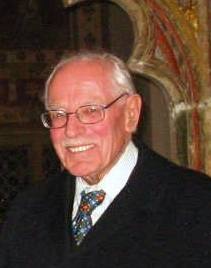 It is enormously encouraging to know that over 18,000 concerned individuals have signed the Stonehenge Alliance’s UK and global petitions demanding that there should be no further damage to the World Heritage Site (WHS) since the Government’s December 2014 announcement of a 2.9km bored tunnel for the A303 at Stonehenge. The volume of support for its safeguarding is a strong measure of the value people from all over the world place on the heritage at Stonehenge; and reflects recognition of the ‘Outstanding Universal Value’ placed upon it by UNESCO in its WHS designation, together with Avebury, in 1986.

In recent months we have learned of the concern expressed to Government ministers by the UK branch of the International Council on Monuments and Sites and that an advisory mission of UNESCO’s World Heritage Committee will be visiting Stonehenge later this year.

We understand that the Government is now considering a bored tunnel of ‘at least’ 2.9km in length: we have asked if additional funding would be available for a longer tunnel, since the sum earmarked is for a 2.9km tunnel, and have not yet had a reply.

Consultation on Highways England’s options for the A303 at Stonehenge is still awaited. Any tunnel engineering in the area will need to take the hydrogeological problems into account and it is therefore difficult to be certain about the feasibility of any length of tunnel at the present time. We continue to say, however, that if Government considers that road tunnelling is essential it should, at the very least, involve no further damage to the WHS, bearing in mind that a bored tunnel would probably require some tens of metres of cut-and-cover engineering at the portals. Our reasons for this are twofold.

First, our continuing gains in knowledge about the archaeology of WHS, as evidenced by the new findings of the Stonehenge Hidden Landscapes Project and, close to Amesbury, at the Mesolithic site of Blick Mead, are a strong indication of what is still to be learned about the Stonehenge landscape. Modern development is continually nibbling away at the edges of this finite resource, sometimes involving the removal of archaeological remains, sometimes intruding upon the landscape settings of upstanding monuments and their ancient interrelationships. Such damage, even if on a minor scale, will lead to a cumulative loss of knowledge and understanding.

Second – and directly related to my first point– is that severe damage to the WHS resulting from a short road tunnel would be contrary not only to the Government’s duty under the World Heritage Convention but also to local planning policy and the widely agreed aims of the newly published WHS Management Plan.

The planning safeguards are there to ensure protection of the WHS for future generations and evaluation criteria must be employed for this exceptional place that are not simply limited to current Government demands for affordability and value for money.

I urge you to continue supporting our petition until we are confident that the Stonehenge World Heritage Site and its setting are safeguarded for all time.