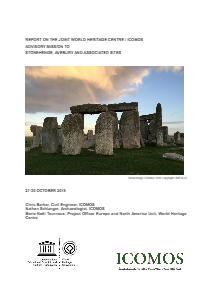 The Stonehenge Alliance has welcomed the findings of UNESCO’s mission to Stonehenge which are contained in its recently published its report.

UNESCO’s report demands “rigorous investigation, evaluation, iterative design and assessment to see whether and how it might be possible” [our italics] to construct a tunnel of the length proposed while protecting the essential qualities of the Stonehenge landscape.  It questions the siting of the eastern portals, giving a strong steer that a longer tunnel (than 2.9km) would be of benefit.  It also says that on the western side, the 1km approach road has the potential to impact on the integrity of the landscape.

UNESCO recommend a radical approach before any options are brought forward.  They warn that the normal Development Consent Order process and its timescale may be inappropriate for the Stonehenge WHS.

The Stonehenge Alliance shares the concerns expressed by UNESCO and welcomes their steer towards a longer tunnel than currently proposed.  UNESCO’s proposals must be fully adopted and World Heritage made paramount.  Only if this happens is there a chance that this wonderful site might be safeguarded in its entirety from the impact of any major new road scheme.

Link to our press release