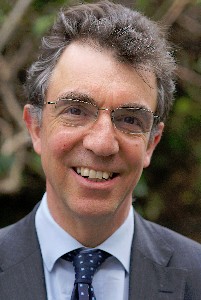 The unexpected election result gives the appearance of continuity in transport: Patrick McLoughlin has been reappointed as Transport Secretary, and two junior Ministers return to their pre-election posts.

The team of Ministers do however face a bundle of challenges. The ones the media have highlighted are on big projects: aviation and High Speed 2.  Yet the real transport challenges the new Government faces are much broader than these.

Government needs to take urgent action on air pollution.  The Supreme Court requires the Government to draw up a robust air quality strategy by the end of the year. Of similar urgency is the full contribution from the transport sector to reducing carbon emissions as part of the UN climate negotiations in Paris this December. The Government is already supporting a transition to low carbon vehicles which is welcomed, but needs to go much further.

Improving air quality and reducing carbon emissions strengthen the case for investment in cycling, walking and upgrading public transport, which in turn support the reappraisal of new road-building and aviation infrastructure policies. The commitment to freezing rail fares in real terms is a welcome first step, but the continued loss of local bus services is worrying and needs to be addressed.

Then there’s the Road Investment Strategy. We will continue to challenge this, especially schemes such as Stonehenge where there is a poor transport case for dualling the A303, where alternatives have not been properly considered. While a short tunnel has been promoted to avoid the Stone monument itself, the remaining road building proposed within the World Heritage Site would cause immense harm. Whichever way you look at it, £2bn for expanding the A303 is significant and offers poor value for money in terms of transport and access that this could deliver. Even from the motorists’ view point, when there is already a £12bn backlog of local road maintenance, spending money on major trunk roads looks imbalanced.

The Department for Transport with its ‘unprotected’ budget will face huge pressures to cut funding. The risk is that the transport programmes that best address air pollution and climate change and make the most difference to most people (buses, local transport, cycling and walking), will perversely be the very ones in the firing line.

The Conservative party fought the election committed to supporting investment in transport and on a record of economic competence. The forthcoming Comprehensive Spending Review will be this Government’s opportunity to demonstrate that it is capable of looking at the bigger picture, focus on smarter transport spending and be prepared to review damaging new roads in particular.  However, if the Government insists on schemes such as the A303 going ahead, then it needs to do the job properly and invest in a scheme that fully protects and enhances the whole of the World Heritage Site and not just part of it, as it is required to do under the World Heritage Convention.