Stonehenge and the A303 have been raised twice in Westminster recently.  Of greatest concern was a debate on Road Routes to the South West in Westminster Hall on 1st March (Hansard Col. 261WHff) giving an opportunity for local MPs to promote predictable local interests. MPs demanded reassurance and action on the Government’s proposed expressway to the West Country, notwithstanding the intermittent nature of traffic congestion, unequal allocation of funds, ambitions for a second railway to the South West and the likelihood of moving traffic pinch points elsewhere.  Upgrading the A303 was largely seen as more important than proper protection of landscape and heritage. 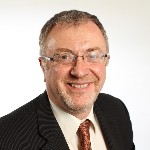 Shadow Minister of Transport, Richard Burden: concerns for integrity of the archaeological site

“The status quo pleases no one and it is necessary that we find a solution to the A303 and to Stonehenge. . . . can the Minister confirm when he expects a costed and timetabled set of options for the road?

In the meantime, has he asked Highways England to evaluate short-term and medium-term options to improve traffic flow and alleviate congestion?

Also, can he satisfy concerns that the current front-runner—a 2.9 km tunnel—would protect the integrity of the archaeological site, as required by article 4 of the world heritage convention?  And in the event that the Government cannot satisfy the objective of providing a fully costed and timetabled proposal by 2017, what would he do?” (Cols. 272–73WH)

Minister of Transport, Andrew Jones: not reneging on commitment to build a 1.8 mile  tunnel

“It is always appropriate to consider options broadly to ensure that the scheme is absolutely the right one, but there is no doubt whatsoever here; we are committed to delivering a 1.8-mile tunnel at Stonehenge. Our objective is to be able to stand at the stones and not see cars. The tunnel will transform the experience of that important part of our national heritage, and at the same time remove an environmental problem and a traffic problem. We should not, however, confuse the development consent order process requirement to show that different options have been exhausted with reneging upon our commitment. That commitment is strong, and we are working on it closely with environmental and heritage groups.

We intend to start the process with three major improvements as part of the A303-A30-A358-corridor package of commitments. The £2 billion budget, which is for only those commitments—it is not the overall budget for the south-west—will help to deliver much-needed resilience for the region. Part of that work has to address the iconic and historically important site of Stonehenge. . . . We will build a tunnel at least 1.8 miles in length, to preserve the world heritage site at Stonehenge. . . .

The scheme has strong support from the National Trust and English Heritage; I have met with them at the stones and discussed the issue with them. On timing, there will be a formal consultation on the scheme early next year. It will go through the development consent order process—part of the planning process—in 2018. We would expect to start works on the scheme in early 2020. We have to get that right, but I hope that that timing provides some comfort.” (Cols. 274–75WH)

The Minister not only failed to confirm that the Government intends to protect the integrity of the World Heritage Site but also indicated its intention to press ahead with a scheme that would only protect the view from Stonehenge and the interests of major local landowners and businesses. This brings seriously into question the credibility and status of the consultation process on options for widening the A303 at Stonehenge.

The subject of the A303 had been raised earlier, on 11 February,  at a Westminster Energy, Environment and Transport Forum seminar entitled Priorities for the road network in England – investment, innovation and regional development.  The seminar was chaired by Shadow Transport Minister Richard Burden, MP and Baroness Kramer, House of Lords Liberal Democrat Principal Spokesperson on the Treasury and former Transport Minister.

Speakers included representatives of the Department for Transport, Highways England, the RAC, the Local Government Association, the Freight Transport Association, Transport Focus, and engineers Arup. Notable points of interest were areas of innovation and so-called ‘smart transport’, already proving effective in reducing congestion on motorways and air pollution and set to reduce them further in the future. Integrated transport in Greater Manchester provided an illuminating case study.

It is pleasing to note that Richard Burden in his questions addressed to Andrew Jones on 1 March, above, reflected many of our own concerns expressed by a representative of RESCUE present at the seminar, in a short article appended to the seminar transcript  .