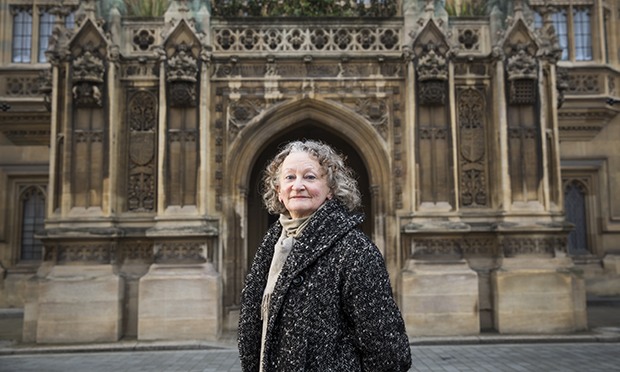 Baroness Moulsecoomb asked three written Parliamentary questions about the Stonehenge tunnel plan and safeguarding World Heritage Sites in October 2016. The answers given on behalf of the Departments for Transport (DfT) and Culture Media and Sport (DCMS) appeared not to address the questions directly.

The questions and answers follow with Stonehenge Alliance (SA) comments in italics beneath:

Q  HL2027 To ask Her Majesty’s Government whether Highways England plan to investigate using (1) a tunnel which avoids visual and physical damage to the Stonehenge, Avebury and Associated Sites World Heritage Site and its setting, and (2) traffic management measures to discourage travel at peak times, for the A303 at Stonehenge.

A Lord Ahmad of Wimbledon for the DfT answered on 14 October:

Highways England are considering a number of options for improving the section of the A303 close to Stonehenge, which include a variety of tunnel options. The results will be available for consideration at a public consultation to be held in 2017. However, they do not have any plans for the historic site at Avebury, as the A4361 is the responsibility of Wiltshire Council.

Highways England are committed to encourage the public to plan their journeys in advance and to consider using England’s motorways and major trunk roads of[f] peak hours.

SA In answering for the Government, Lord Ahmad omitted to say whether Highways England is investigating an A303 tunnel that would avoid the World Heritage Site (WHS) at Stonehenge; nor did he refer to traffic management measures for the A303 at Stonehenge.

Q  HL2028 To ask Her Majesty’s Government what steps they are taking towards adopting the recommendation of the Joint World Heritage/ICOMOS Advisory Committee on Stonehenge that the asset life design of the A303 widening scheme should “incorporate asset resilience and future proofing in design”.

A Lord Ahmad of Wimbledon again replied for the DfT on 14 October:

The Government has proactively sought the views of the Joint World Heritage/the International Council on Monuments and Sites (ICOMOS) Advisory Committee and welcomes its recommendations.

Highways England are supported by Historic England to consider the asset resilience and future proofing for their proposals for this section of the A303. This will be presented at a public consultation on proposed route options in 2017.

SA It is difficult to see how the expertise of Historic England is relevant here, except insofar as any road improvement ought to be governed by the paramount considerations of the WHS and its protection. It seems that we shall have to wait to see what is being undertaken in order to incorporate asset resilience and future proofing in road widening design.

Where appropriate UK World Heritage sites are afforded statutory protection through designation of specific assets through existing legislation. Other aspects of World Heritage Sites are key material considerations in the determination of planning applications.

SA The Government didn’t answer this question. It is true that a considerable number of our historic and natural assets are protected under UK legislation.  These include scheduled monuments, grade I listed buildings and certain designated areas such as Special Areas of Conservation.  Such designations do not, however, give statutory protection to extensive WHSs such as Stonehenge and Avebury in their entirety, although legally protected assets such as scheduled monuments may lie within them.

What seems to have been overlooked here is that WHSs themselves are considered by the Government – along with scheduled monuments, protected wreck sites, battlefields, grade I and II* listed buildings, grade I and II* registered parks and gardens – to be “designated heritage assets of the highest significance” for which “substantial harm or loss . . . should be wholly exceptional” (National Planning Policy Framework, para. 132).

While ambiguities remain over what should be protected, it seems obvious to us that statutory protection for UK WHSs would remove much confusion and ensure the proper safeguarding of WHSs in line with World Heritage Convention obligations. Our WHSs, despite being protected under international law, are highly vulnerable to the ambitions of developers.  International law, unlike UK legislation, may be disregarded in the UK.