Question asked by Baroness Jones of Moulsecoomb for the Department for Transport:

To ask Her Majesty’s Government, further to the Written Answer by Baroness Vere of Norbiton on 12 October (HL2847), what area of inalienable land vested in the National Trust following a national appeal for public subscriptions in 1927 would need to be acquired for constructing and operating the A303 Amesbury to Berwick Down dual carriageway and tunnel across the Stonehenge, Avebury and Associated Sites UNESCO World Heritage Site; and what would be (1) the terms, and (2) the costs of such acquisition.

Question asked by Baroness Jones of Moulsecoomb for the Department for Transport:

To ask Her Majesty’s Government how many hectares of National Trust land within the Stonehenge, Avebury and Associated Sites UNESCO World Heritage site would need to be (1) acquired, and (2) compulsorily purchased, to enable the construction and operation of the A303 Amesbury to Berwick Down dual carriageway and tunnel, should planning consent be granted by the Secretary of State; what proportion of the land to be acquired has been declared inalienable; and what would be the terms of any (a) acquisition, or (b) compulsory purchase.

The total area of ground that would need to be excavated for the construction of the A303 dual carriageway and Tunnel within the World Heritage site is approximately 8.8 hectares.

The area of Crown land identified within the World Heritage Site to be permanently acquired to enable the construction and operation of the A303 dual carriageway and tunnel is approximately 4,220 square metres. This is the land beneath the existing A303, which is unregistered and (in accordance with the ad medium filum rule) ownership has been attributed to the adjacent parties to the halfway point of the road. The adjacent landowner on the north side of the road is the land parcel that was gifted to the nation by Sir Cecil Chubb.

This question is grouped with two other questions: HL2845 and HL2846 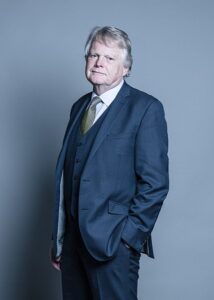 Parliamentary question in the House of Lords by Lord Dobbs, author of House of Cards and Wiltshire resident, asked roads minister Baroness Vere of Norbiton, the Tory peer:

‘Does she agree that it seems any tunnel could [not] be finished much before 2030 by which semi-autonomous electric vehicles will be commonplace and perhaps even compulsory, making traffic passed Stonehenge less intrusive, less polluting and easier to manage?

So, may I ask, because of these advances in vehicle technology, whether it’s just possible that by the time any tunnel might be completed it could already be on the verge of becoming a hugely expensive white elephant?’

Baroness Vere of Norbiton’s reply was non-commital, emphasising the on going archaeological work by Highways England.

Baroness Jones of Moulsecoombe, Green Party and archaeologist, not only condemned the scheme outright, but also condemned the continued appetite for road building.

Read the exchanges in Hansard  and report in the  Daily Mail 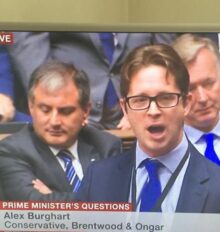 Alex Burghart MP asked “the Secretary of State for Transport, pursuant to the Answer of 26 April 2018 to Question 138336 on Roads: Stonehenge, if he will publish the terms of reference of the archaeological surveys planned by the independent Scientific Committee; and when he plans to publish the results of those surveys.”

Roads Minister, Jesse Norman MP replied that Written Schemes of investigation (WSI) will be published on the
Scientific Committee’s website by the end of this month (http://a303scientificcommittee.org.uk).

A Further parliamentary question asked the Secretary of State for Transport, “what assessment has been made of the potential effect on the Blick Mead archaeological site of the proposed alterations to the A303 around Stonehenge.”

The Roads Minister’s reply does not adequately answer the question because no one has ascertained the archaeological site boundary of Blick Mead but it almost certainly continues beneath the existing road. With respect to the second half of his answer, the water modelling report with the Environment Agency is awaited, so we wonder who is advising Jesse Norman. 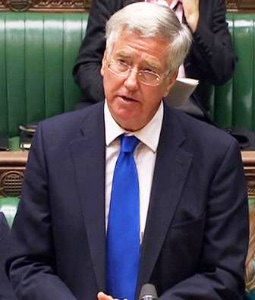 From Jesse Norman’s reply here one could be forgiven for thinking that the A303 scheme is a conservation project. It is not. It is a road scheme spending as little as possible on the section through the World Heritage Site. Nor is it reassuring to be told by the Roads Minister that post consultation the scheme needs so much more research.

Our blog comments on several Parliamentary exchanges: Some unanswered questions about Stonehenge and the A303

The following Parliamentary Questions about road building at Stonehenge were asked by Baroness Jones of Moulsecoomb on 17 September, 2015. The Government’s response is listed below the relevant question: 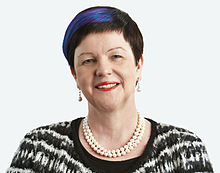 Answered by: Baroness Neville-Rolfe on 23 September 2015 for Department of Culture Media and Sport:

This Government will continue to honour its obligations under article 4 of the World Heritage Convention regarding the Stonehenge and Avebury World Heritage Site. We are committed to working with UNESCO and its advisory bodies to ensure that the Outstanding Universal Value of the World Heritage Site is taken into consideration in any forthcoming road scheme. We will be closely monitoring the development of any such scheme as it progresses.

To ask Her Majesty’s Government when they plan to (1) investigate options, and (2) consult on proposals, to widen the A303 between Amesbury and Berwick Down following the A303/A30/A358 corridor feasibility study last year, and which organisations and individuals they plan to consult during each exercise.

[Questions HL2379, HL2381, HL2382 and HL2383 were supposedly answered together with an identical three paragraph response. We have separated out the answers to the relevant question, which helps highlight that question HL2381 was not answered.]

Answered by Lord Ahmed of Wimbledon on 25 September 2015 for Department for Transport:

The Road Investment Strategy is clear that the A303 Amesbury to Berwick Down scheme involves a tunnel of at least 1.8 miles (2.9 kilometres). Highways England is in the early stage of scheme development, looking at options, including the length of tunnel. Consultation on options will take place in 2017 and will involve stakeholders, local residents, businesses, road users and interested parties.

To ask Her Majesty’s Government whether they plan to implement a tunnel for the A303 in order to avoid the entire surface area of the Stonehenge part of the World Heritage Site.

To ask Her Majesty’s Government what estimate they have made of the cost of a twin-bored A303 road tunnel at Stonehenge of length (1) 2.9 kilometres, (2) 4.5 kilometres, and (3) at least 7 kilometres, in order to avoid the entire surface area of the Stonehenge part of the World Heritage Site and its setting.

Answered by Lord Ahmed of Wimbledon on 25 September 2015 for Department for Transport:

To ask Her Majesty’s Government whether they have sought, or intend to seek, funding outside their own resources (1) in Europe, and (2) globally, for a road-widening solution for the A303 that avoids the entire surface area of the Stonehenge part of the World Heritage Site by the use of a tunnel.

To date, Highways England has not sought funding outside of their own resources to fund a solution for the A303 past Stonehenge although this does not preclude them from considering other funding sources in the future.

To ask Her Majesty’s Government whether they have sought, or been given, the advice of the National Committee of the International Council on Monuments and Sites concerning proposals for dualling the A303 through the Stonehenge part of the World Heritage Site; and if so, what advice they received.

Highways England is currently in the early stage of scheme development looking at options and to date have not sought the advice of the National Committee of the International Council on Monuments and Sites.