The road and short tunnel proposal across Stonehenge World Heritage Site consulted on in Spring 2017 is shown below. 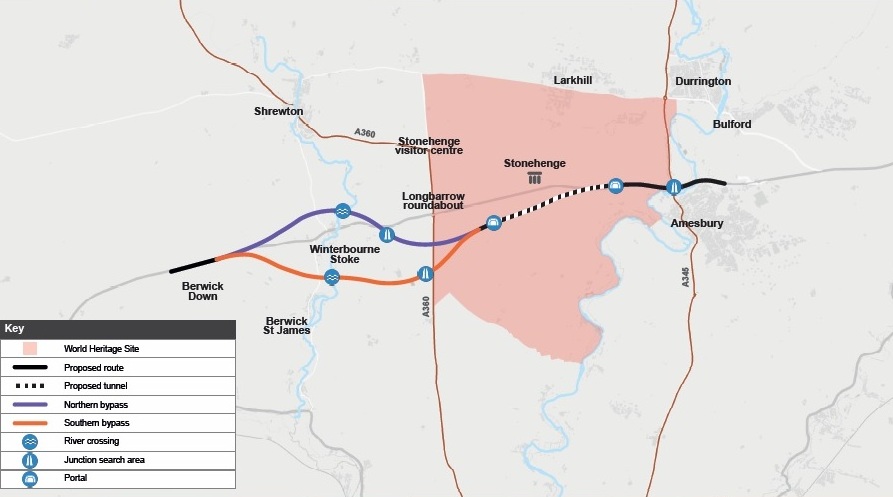 Around 9,000 responses were received by Highways England, the vast majority objected to the scheme.  See extract pasted below. 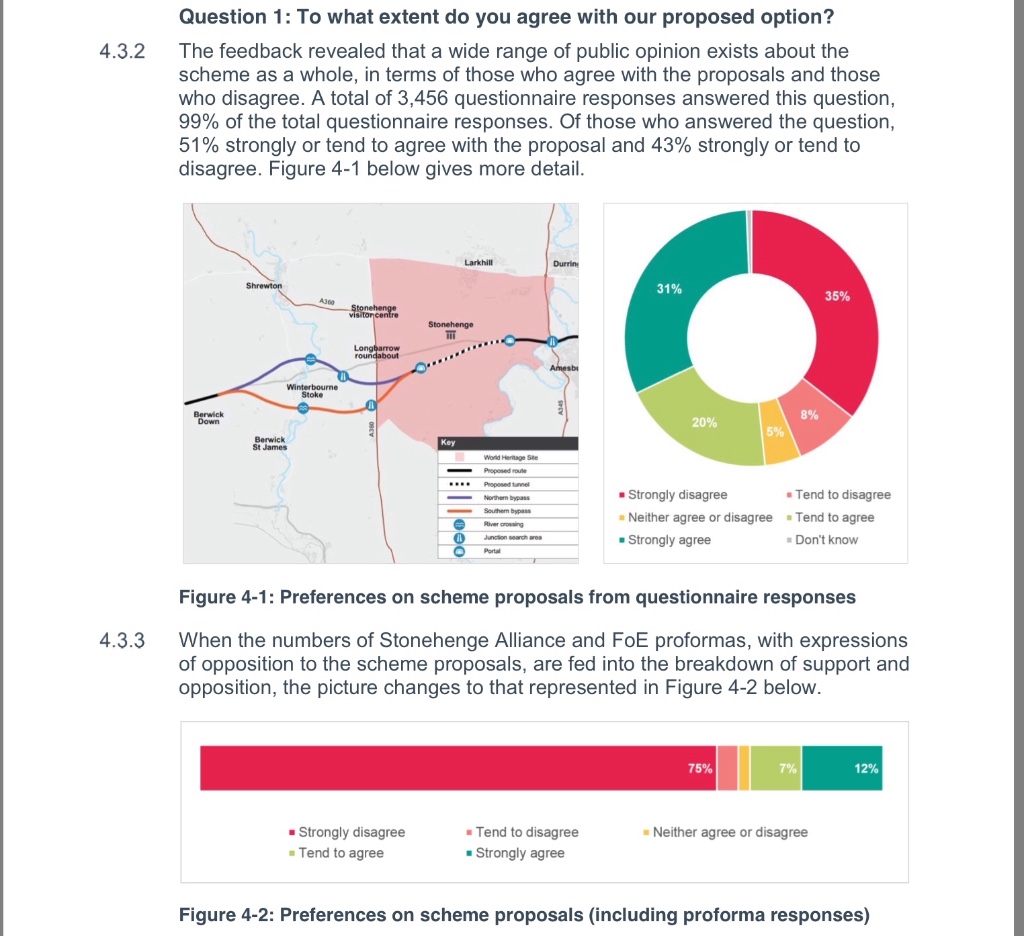 Highways England broadcast the large number of responses, bur because a large number of respondents using our pro forma, and that of Friends of the Earth (edited or otherwise), this was used as a reason to ignore the objections.  A Freedom of Information request revealed that 77% disagreed with the scheme.

The consultation responses are in four volumes here.

The technical documents and maps for the Highways England 2017 consultation page here.

Link to responses by many other organisations.